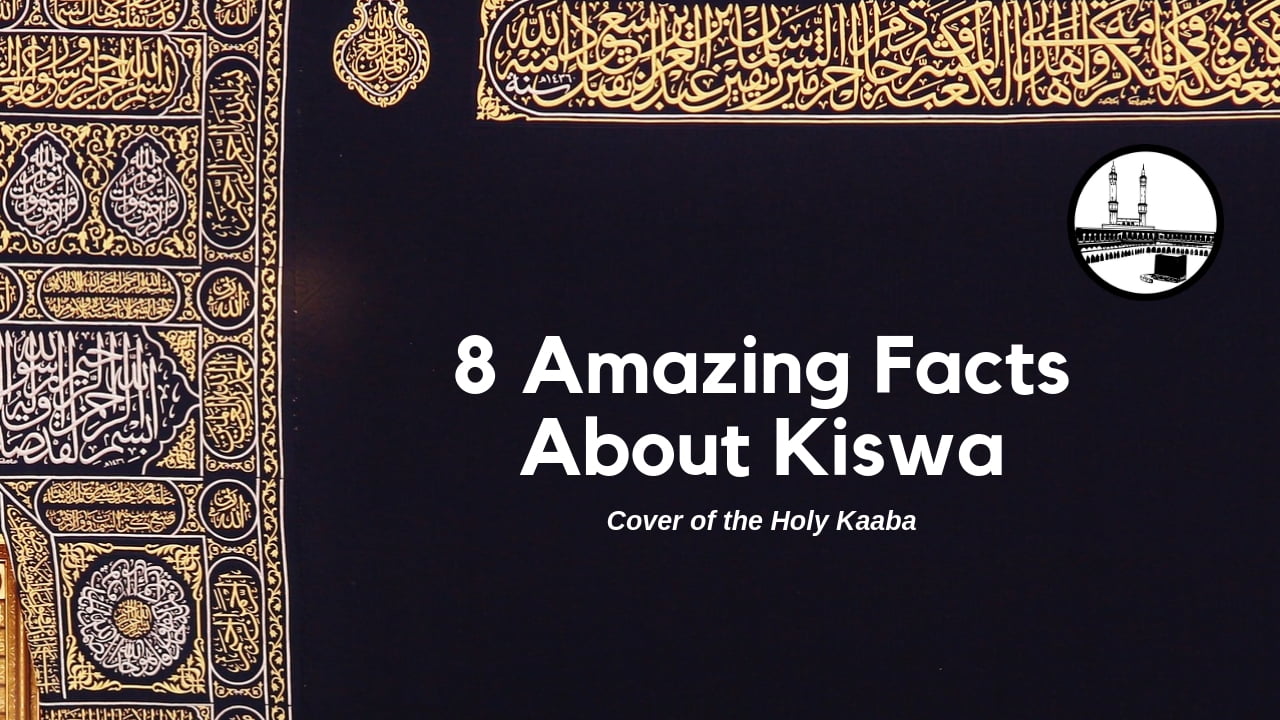 Kiswa is the black piece of cloth that covers the whole Holy Kaaba. And it obviously comes with some amazing facts that must need to know.

On the 9th of Dhul Hijja, the Kiswa gets changed and it is been going on for many years. It was initiated by Prophet Ismail (AS) about 4,000 years ago before Prophet Muhammad (PBUH) started spreading Islam. Here are a few things you must need to know.

1. Changing Kiswa and gifting its pieces

Every year when the cloth of Kaaba gets changed then it gets cut into pieces for gifting to certain individuals as a thing of Honor. While some even share it with the Hajj Pilgrims who come from all around the world to perform Hajj.

2. The total cost of making a new cover is SAR 17 Million

The Kiswa contains 47 pieces of cloth and the entire Kiswa is about 658 Sq. meters in length and is of 670 Kgs which also contains 15 Kgs of the pure gold thread.

The color of the cover of Holy Kaaba used to keep changing during the reigns of various Caliphs and rulers. In Prophet Muhammad PBUH’s time it used to be White color later in other eras, red then green and at the end, Black was used.

4. A man who changes the Kiswa

Asad Al Himairi, a man belonging to Yemen was the first men ever to cover Kaaba. In the ancient days, various tribes would cover Holy Kaaba in turns. The leaders of the tribe would also bring some little drapes in order to Cover the Kaaba walls.

5. Kiswa offered to the Grand Mother of Prophet Muhammad PBUH

6. Yemen, Egypt, and Iraq provides the cloth of Kiswa

The cloth that makes the whole cover comes from Baghdad, Iraq, Yemen, and Egypt. Mohd Ali Pasha, Egyptian Viceroy had created the process of making this cover and made its state responsibility after splitting from the Turkish empire.

7. There are some Quranic verses written on Kiswa

Very few would know about These Quranic verses written on Kiswa, Read about it.

"He Talked About Islam, That's Why I Beat Him More.", Khabib Nurmagomedov