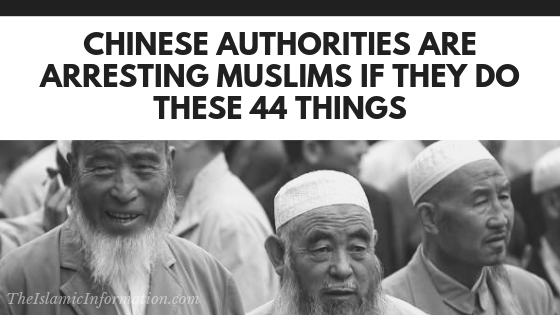 Chinese Authorities Arresting Muslim Minorities if they’re doing these 44 things, which are very normal and doesn’t make sense to be banned like that.

As we have reported in one of the blogs, that China is bulldozing mosques and sending Muslims to reeducation camps in China’s western Xinjiang Province where 12 million Uyghur and Kazakh citizens are currently living. The list of these things that are making Chinese Authorities Arresting Muslim minorities are published on Vice.

These are the 48 things a Muslims will be arrested if he or she does it;