These days, many married couples are not educated enough about talaq (divorce) and the correct procedures according to Islamic teachings.

Do you know if a wife comes to her husband and says “I can’t live with you anymore, I want a divorce!”. and the husband replied “fine, I will leave you”. Then in this case the wife has to consider this as a divorce. Or in other cases when the husband jokingly calls his wife a “divorcee”, then divorce has happened even he said it jokingly.

If a husband wants to divorce his wife, he can simply say “I give you divorce” once. he doesn’t have to say it three times, because if he does it will result in three talaqs. A couple must take the halala option if three talaqs have already occurred.

A good way to divorce is to say clearly that he divorces her. And within her iddah, a husband can take his wife back without having to marry her again. It is called Talaq e Raji. But if her iddah expires, then the talaq bain occurs, the nikkah is annulled and the couple can’t live together anymore.

If the husband wants to take his wife back after talaq bain, he has to marry her again in this case. Unfortunately, many couples do not understand the right way to give talaq in Islam and say things to their partners with no careful considerations.

Next, we will discuss Halala. Many people criticize Halala and call Islam cruel. But if one understands the teachings of Islam, they will know that halala is the last option that has a good intention which is to protect women from becoming a toy of getting married and being divorced over and over again by the same husband.

A husband is given 3 chances to give talaq and to get her back after that he has to go through the pain of seeing her marry another man. Only if the other man divorces her or dies then he can get her back in his life.

There are also Islamic agents who made halala for only one hour. Although the halala is still valid in this case, it is also sinful as they are playing with Islamic teachings and making it a business and mockery.

Here are the types of Talaq in Islam:

To educate us further about “Nikah and Talaq”, let’s read about the rules of talaq in accordance with the Hanafi jurispendence ruling below.

This type of talaq occurs when nikah is completely annulled and the couple cannot live together anymore. If husband and wife both agree to get back together, they must renew their nikah which means they have to performed their nikah again. This type of divorce is known as talaqul ba’in.

This type of talaq occurs when a couple wants to remarry but the wife must first marry another man right after she has completed the iddah for the first divorce. When the wife is divorced from her second husband, she also has to complete the iddah period for this second divorce, and then she is allowed to marry her first husband again. This type of divorce is known as talaqul mughallazah.

This type of divorce occurs when the husband divorces his wife by saying one or two talaqs and then he regrets his actions and wants to get his wife back, he does not need to renew the nikah. He can live with his wife again as a couple without performing another nikah.

However, if the husband divorces his wife and maintaining the divorce or does not want to get her back until the iddah talaq expires then the nikah will break. They are no longer can live together.

As long as the iddah has not ended, the husband still has the choice of either to keep his wife or not. This type of divorce is known as talaqur raj’i.

But if the iddah has expired, the husband has no right to revoke the divorce. If the wife agrees to go back to her husband, the nikah will have to be renewed. He cannot keep her without remarrying her.

It must be remembered that as explained earlier if the husband has issued talaq 3 he no longer has the option to keep his wife no matter the iddah has not ended yet.

Here are some methods to revoke the divorce:

The first way, The husband issues talaq in clear words that do not contain any other meaning, for example, “I divorce you” or “I divorce my wife”. Such talaq is known as talaq-e-sarih. Talaq raji is pronounced with these sarih words.

The second way, when the husband does not pronounce talaq in clear words, he instead speaks in vague terms where the word can mean divorce or can contain other meanings, for example, “I have distanced you from me” or “I did not divorce you but I kept away from you, go back to someone else’s house. old man, I won’t bother you anymore”

Alternatively, he could say words like, “I have separated you from me, go away”, “go back to your parents’ house”, or “I no longer have a relationship with you, stay away from me”. If a husband says the words above or similar words to his wife then there has been talaq-e-kinayah. Talaq bain is pronounced through these kinaya/vague words.

If the divorce is issued with clear words, then the divorce will occur right when the words are uttered, irrespective of whether the person intends to divorce his wife or just issued the talaq jokingly.

When talaq is clearly issued, the third type of make talaq has occurred. This means that before the iddah expires, the husband still has the right to maintain or divorce his wife.

By saying talaq once, talaq occurs once, not two or three times. But if the words “I give you three divorces”, then there will be three talaqs.

As long as the wife’s iddah has not expired, the husband who issues talaq once can also issue a second or third divorce, and it will be valid and come into effect.

How does Triple Talaq work?

When a man issues three talaqs to his wife, then they can no longer live together even if they have renew their nikah. The nikah will be invalid regardless of whether the talaq was issued clearly or vaguely.

If a wife who has been issued three talaq wants to return to her husband, she must first marry another man after completing the iddah period for her first marriage. Only if her second husband divorces her or dies then she marry her first husband again after she has completed iddah for her second marriage.

And if one day he issues another talaq, then it will be counted as three talaqs, and the couple has to undergo halala if they want to marry again. However, if the wife refuses him, then she can marry someone else and live in dignity.

Similarly, if a person issues a talaqul bain to his wife, where he does not have the right to keep her, the nikah will be annulled. Then when his anger subsided, he regretted his decision and then married his wife again/ the couple renew their nikah. After some time he did talaqul bain again to his wife and then decided to marry her again, then it is calculated that there have been two divorces.

And if he issues one more talaq then the same rules will apply, there will be three talaqs take place. it means he cannot marry his wife again unless she marries another man first.

Now, after we understand how talaq/marriage works based on the explanation above, it is hoped that we can pay more attention to what will be said to our partners because it is possible that we accidentally divorce our wife even if we say it jokingly. Before deciding to issue a talaq, it is better to think carefully about the decisions you will take. 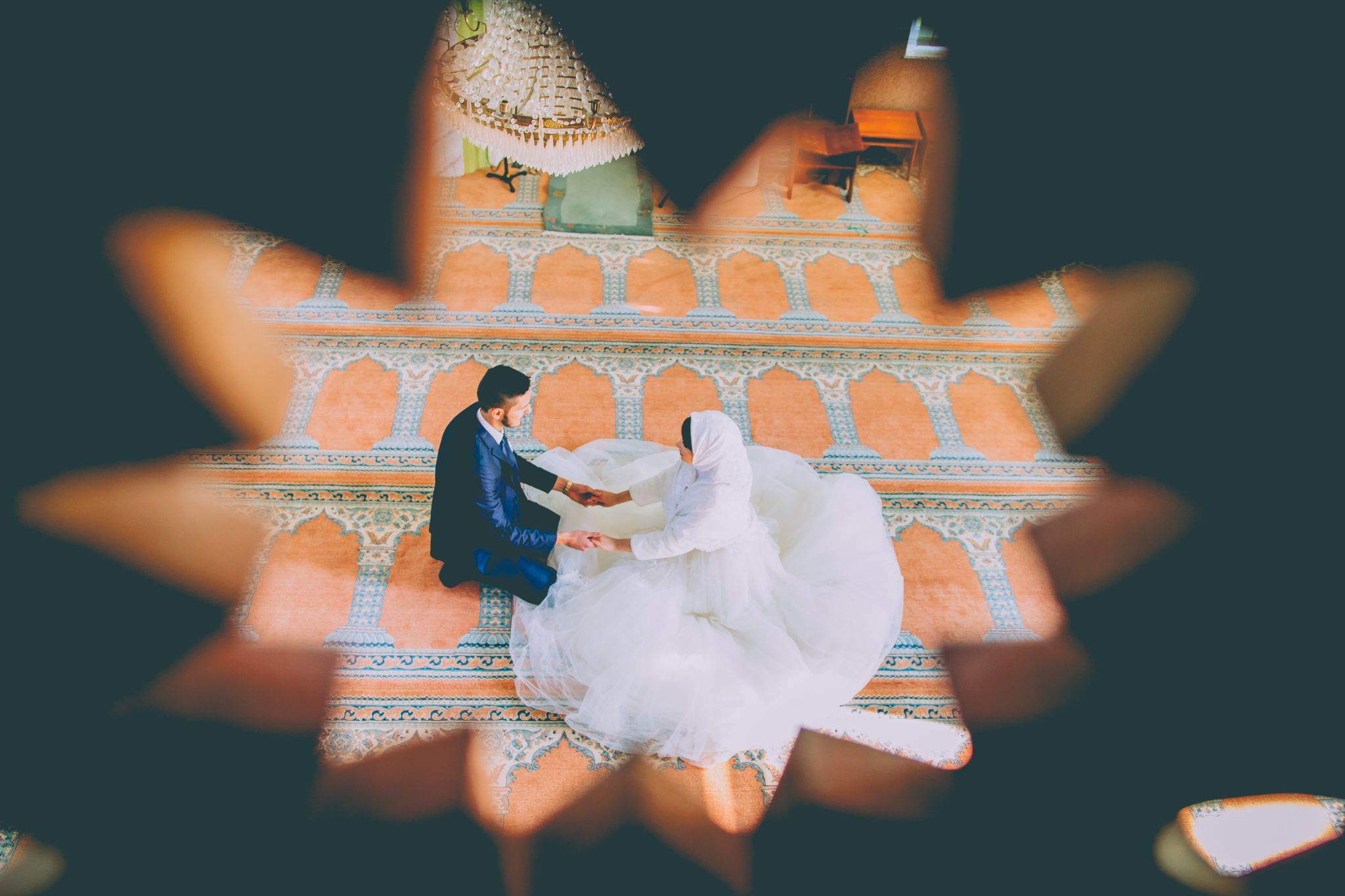