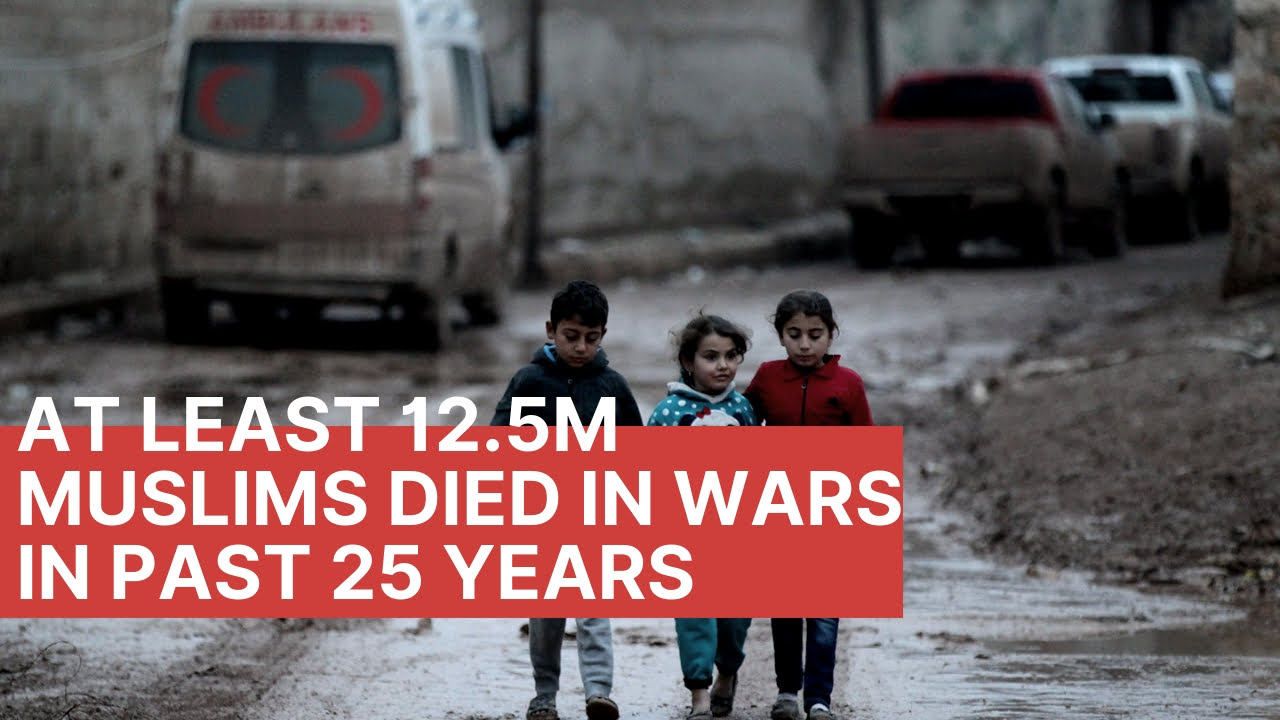 At least 12.5 million Muslims have been killed in wars during the span of the last 25 years, a Turkish scholar said on Saturday.

Refik Turan who is the head of Turkish Historical Society was speaking at a conference in Istanbul, he told that in history Muslims have fought many wars and end up losing many innocent lives.

Most commonly war is usually between two states but there are also wars between countries as well. The aftermath of war cannot be described or predicted. Turkey and Syria have seen World Wars and both countries have lost many lives and seen unending results.

According to a recent study, which concludes that the deaths caused by wars in the past 25 years have reached 12.5 Million Muslims. And sadly, these 12.5 million Muslims were innocent civilians who had nothing to do with the war. This count is nearly similar to the casualties in a world war.

Refik Turan further said that Russia, Iran, and the United States never wanted peace in Syria, and the results can be seen in the millions of deaths.

Turkey is currently looking after 80 percent of the problems which Syria is facing right now. No one in the world has guts to sort out the Syrian problems on an international level. After a mission that cleared out terrorists from Manbij, Syrians are hoping for a better future.

Syria has been at civil war since 2011 when Bashar Al Asad regime cracked down on the Pro-Democracy protests which ended up in a horror for Syrians.

Since 2011, hundreds of thousands of people have been killed in Air Strikes and bombing as per United Nations report. We have posted live videos of how Syrians are spending their lives in the zone.