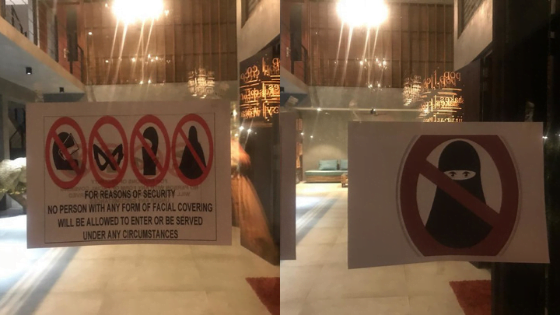 Sri Lanka Bans Burqa after over 10 explosions hit during Easter festival about a week back. The burqa ban will help authorities to catch culprits.

A Sri Lankan member of Parliament has initiated a complete ban on Burqa in Sri Lanka effective immediately after Easter attack claims more than 360 lives as per CNN.

MP Ashu Marasinghe that his petition that the Burqa (which Muslim women wear to cover their faces in public) is being used by many male terrorists who hide their face behind it and do all sorts of terrorist attacks.

Muslim leaders in Sri Lanka have accepted the fact that Burqa is not a traditional Muslim dress code and it is okay to take burqa off before entering sensitive places.

Ashu Marasinghe further said that the ban on Burqa in Sri Lanka is very important as it will not allow anyone to hide under a garment.

Alaina Teplitz, US ambassador in Sri Lanka on Wednesday said that the type of bombing was taken place at three churches and four hotels show clear involvement of ISIS.

A few days later, the terrorist group ISIS, has also claimed the responsibility for the blasts, and before that Sri Lankan authorities had already blamed the two local terrorist groups with ties to ISIS.

The Independent reported that there were at least 9 suicide bombers on Easter Sunday, that includes a pregnant woman who blew herself when police raided her home in connection with one of the suicide bombers.

But it isn’t clear that any of the suicide bombers were wearing burqas at the time of bombing.

Sri Lanka bans Burqa, what do you think about this move? will this really help Sri Lankan authorities cut down the terrorist threat in the country? let us know in the comment box below!