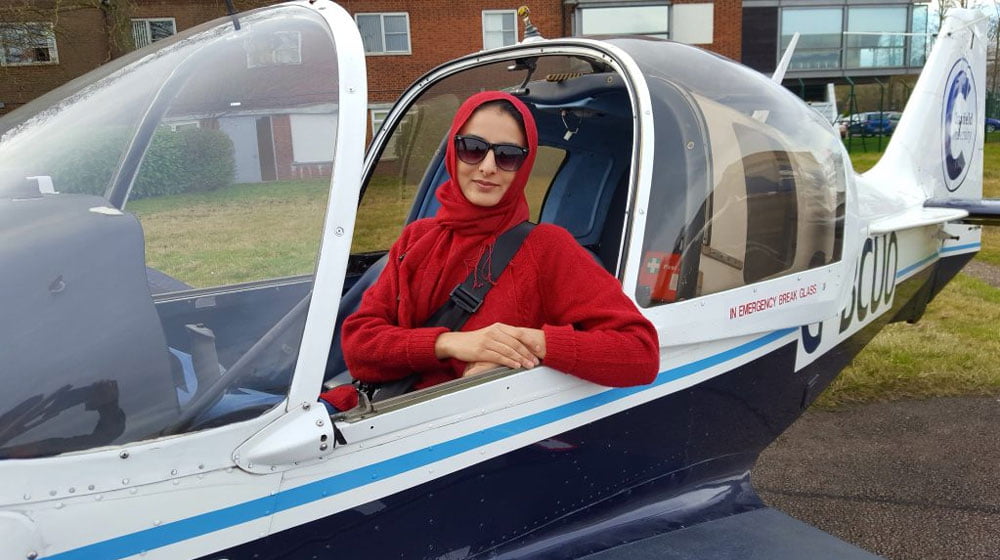 This Muslims aerospace Engineer from Pakistan, Dr. Sarah Qureshi is currently developing a Pollution free engine for airplanes to help in reducing the global warming as well as creating artificial rain.

Her name is Sarah Qureshi, she holds Masters degree in Aerospace Dynamics as well as a PhD in Aerospace Propulsion from Crandield Univeristy, United Kingdom, her development has taken all the aerospace industry by storm.

In a recent interview, Sarah said she has launched a company called “Aero Engine Craft” to make environment friendly airplane engines, with her father, Masood Latif Qureshi who is also a Scientsit and a Physicist.

Sarah herself is a certified Aerobatic pilot, told that her team has designed a contrail-free aero engine having lots of features and reduced carbon benchmark to fight against global warming.

Dr. Sarah Qureshi told how does the engine work

The engine which she has developed has an idiosyncratic pressure-based condensation system which will help in cooling the water vapours in the airoplane exhaust. The water will be on the airplane and can be released as rain if required.

Dr. Sarah Qureshi also told in her talk that her project has already won 2 international patents and will take 6 years more before it goes in market for commercial use.

She said that air pollution is a dangerous thing yet we take it for granted.