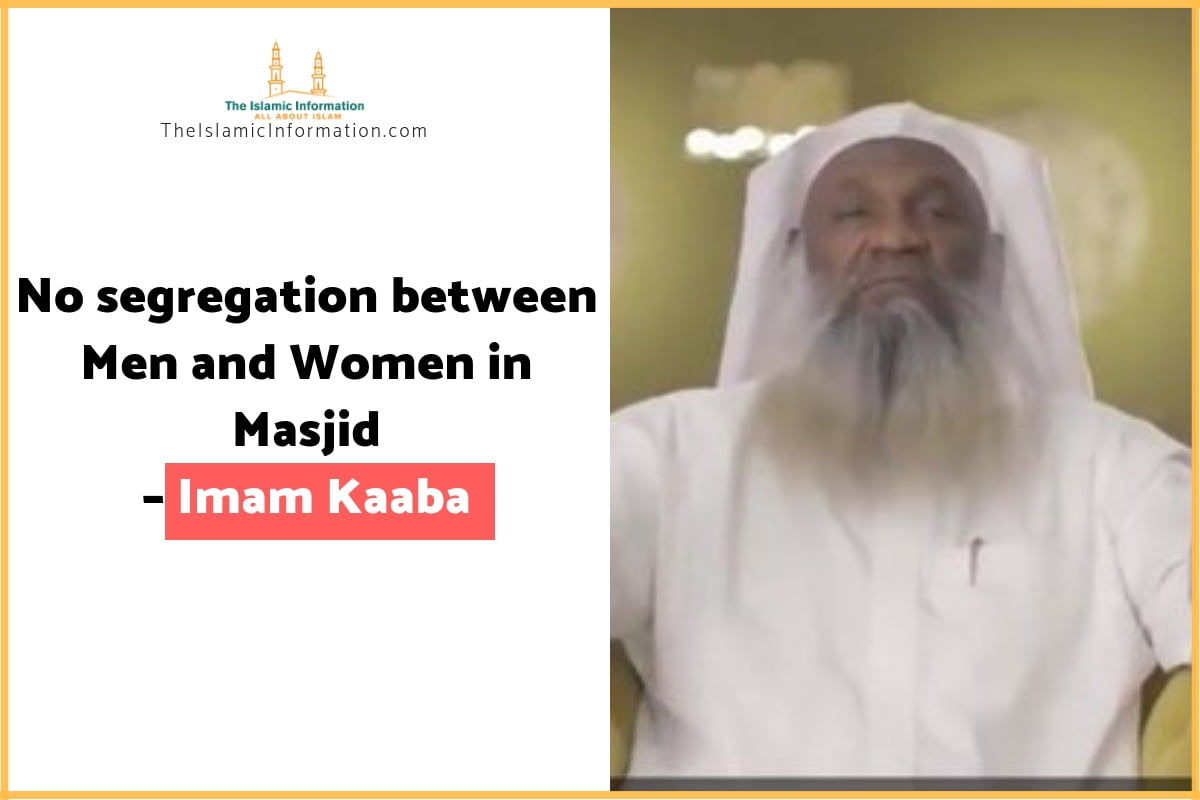 Former Imam Kaaba, Sheikh Adil Al-Kalbani, said that we must not separate men from women In Mosques during prayers led by anywhere in the world.

Except for Masjid Al Haram, there is no mosque in the world which allows Males and females to offer salah together as both of them are segregated during prayer. Seikh Adil Al-Kalbani questioned this practice in a video on Saudi media.

He also said that the segregation which our mosques have been doing has never been practiced in the Prophet Muhammad PBUH’s era. He further said that this segregation is some kind of phobia against the women.

Women are usually segregated, they can’t see anyone but just hear the Imam’s voice on the loud speaker, and if it gets cut due to some technical difficulty, then the women will have no clue what is going on.

He said during the Prophet Muhammad PBUH’s era, no would separate men from women in mosques while leading prayers, men would pray in the front while women would pray at the back.

He also said that there was not even a curtain while praying! He said putting some curtain or separating men and women is unislamic. He said it loud and clear that the mosques should follow what Masjid Al Haram follows when there is no segregation in Masjid Al Haram, the house of Allah then other Muslims should also stay away from this thing.

This act is praised by many on social media as well as many people see it as a positive note that we should refrain from anything that goes against Islamic values and traditions. And should follow the path which our beloved Prophet Muhammad PBUH has taught us to follow.

Let the world know about your opinions on this article in the comments section below.