During last Friday, a group of Indian Hindus occupied the mosque area and forced Muslims to leave the place. And this video is going viral.

Video showing Indian Hindus forcing Muslims to leave the place. This video went viral on Facebook, capturing a huge number of viewers count where Muslims all around the world are showing anger over such pathetic act showed by Hindus in India. saying it is not ethical to sabotage someone’s worship just like that. People are sharing this video so that police in India can take actions and arrest these culprits shown in this video.

Police and Indian media is completely silent and has not uttered a single world over this matter. Neither any blog or twitter activists are talking about it nor any person is standing up for the Muslim in India.

This is not the first time these kinds of events are taking place in India, recently there are many events taken place from raping little Muslim girl Asifa to forcefully converting Muslims to Hinduism. There is a series of events most of them are very disturbing to see or even look at. This is an evidence that Muslims in India are suffering, no matter how free they are there but when it comes to religion there are some people in India who does not want peace for Muslims.

It is clearly showing in the video that Muslims did not even defend themselves. They stood up and silently leave rather than getting into any kind of fight. This is a sad moment to witness but this video shows that who is innocent and who is playing the satan’s role in it.

What do you say about all this? we have no words to describe how sad we are after watching it. 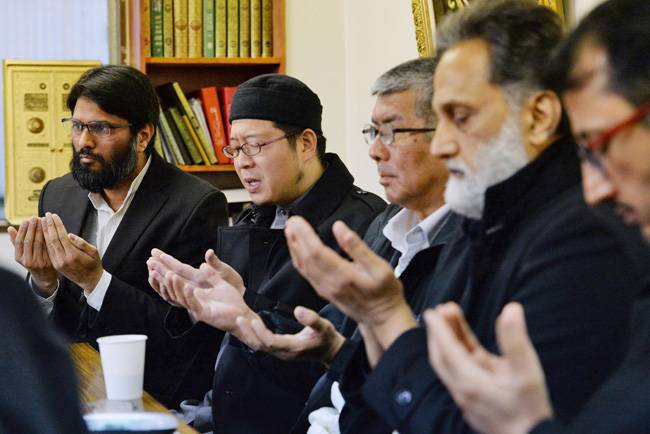