HomeNewsMore Than 1,300 Israeli Jews Have been Settled in Palestine
2 minute read
One comment

On Wednesday, Israel accepted over 1,300 new settler homes in the occupied west bank in the first go-ahead since it restricted invasion plans in the territory.

As a result, Palestinians reacted very angrily towards this decision who seek to manifest a state in the West Bank, Gaza and East Jerusalem.

We request the international community to negotiate immediately and stop this settlement madness, which demolishes any chance for a genuine peace process.

This construction could help finish the criticism of Prime Minister Benjamin Netanyahu from settler leaders which are traditional allies.

They had stood up at the annexation suspension which helped cover the way for last month’s deals to build diplomatic ties between Israel and the United Arab Emirates and Bahrain.

It is told in the statement that, Israel’s West Bank Civil Administration planning committee gave final approval for constructing 1,313 housing units in several settlements. Plans for other 853 units were advanced but have not been finally approved yet.

350 new housing units will be constructed there as stated from the Beit El statement. It claimed the committee’s decision as a ‘’Massive achievement for Beit EI.’’

The forum that last held such a hearing eight months earlier was to gather on Thursday to update additional projects in settlements and it’s publicly available seen agenda.

In total, the committee was proceeded to move towards projects compromising over 4000 new settler homes as said by an Israeli settlement watchdog.

Mostly countries present settlements Israel has constructed in the territory as captured in the 1967 Middle East war as illegal and as an obstacle to peace with the Palestinians. The united states and Israel disputed this.

Israeli cities’ historical and biblical links to the west bank and  Among 3 million Palestinians and about 450,000 of its settlers live there. 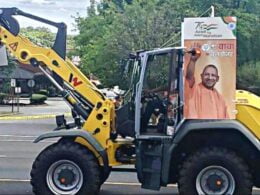