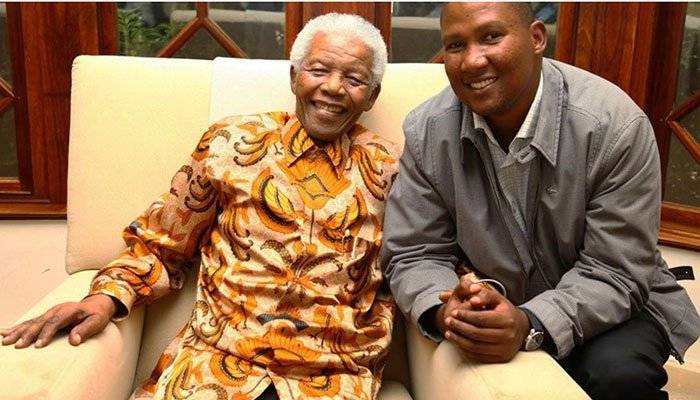 The grandson of Nelson Mandela, Mandla Mandela, has converted to Islam. This happened back in 2016, but very few people knew about this conversion, so we decided to remind our readers about this big news again to make it a trend.

Most people are aware of the achievements of NelsonMEandema, being one of the most influential men in human history. Mandela fought a lifelong fight against racism and injustice, mainly in Africa and all around the world.

Mandla Mandela was born in 1974. He completed his graduation from Rhodes University, majoring in Political science. He stepped into the world of politics in 2009 and married a Muslim woman back in 2016. during an interview, Mandla said that his wife leads him to the path of Islam.

He converted to Islam 2 months before his marriage to his Muslim wife. He also praised his parents for being open and welcoming about his conversion to Islam. He further thanked the Muslim community for welcoming him with open arms and giving him a warm welcome.

In 2017, during his visit to Pakitan, Madla Mandela said he considers himself the luckiest man for experiencing the beauty of Islam.

Maasha Allah. Yet another addition to the 2 Billion plus and counting Muslims the world over.

His grand father Nelson Mandela quoted that “The Day Palestine is Liberated from the israeli occupation, is the day of real freedom in the world”. His heart was with the Noble Palestinian people. Had he lived to this day he too would have reverted to Islam.