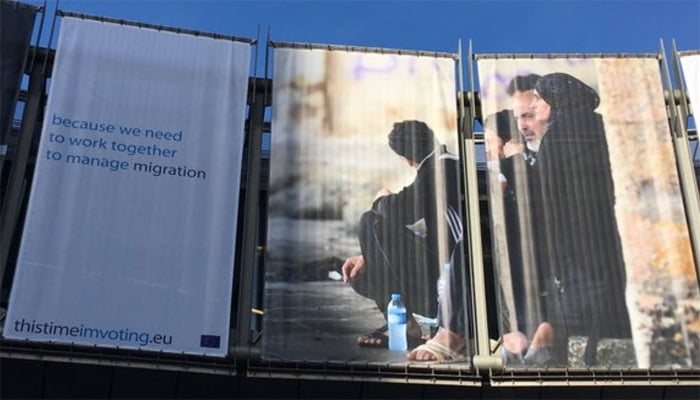 The European Parliament will remove the anti-Islam poster installed outside the Parliament for its election campaign.

Sajjad Karim MEP, who is also Vice President for Anti-racism in the European Parliament and vice president for diverse grouping in Europe, had attracted the President of Parliament to question that the poster which had been brought up to support Islam, Refugees is itself insulting Islam in many ways. He also requested to give guidelines to set a benchmark

In his reply letter, President of European Parliament Antonio Tajani told Sajjad Karim that the anti-Islamist poster is being removed immediately.