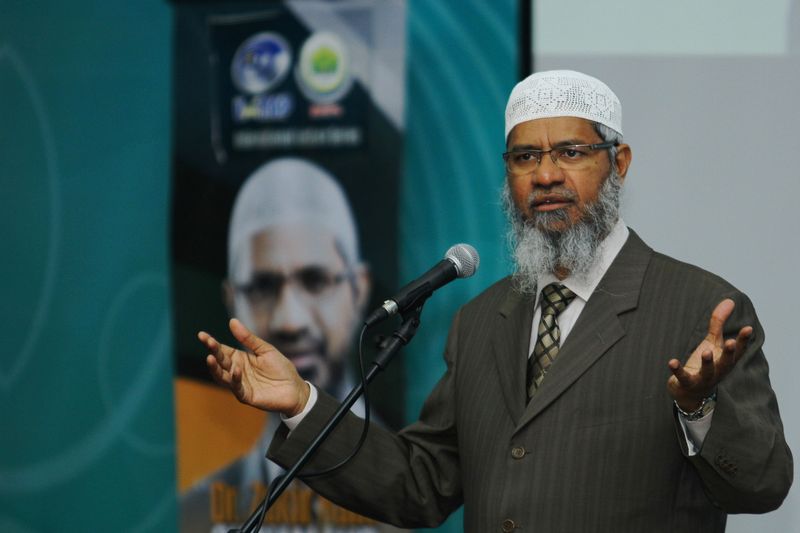 Malaysia has given the order that Dr. Zakir Naik banned from giving any speeches in public anywhere in Malaysia.

The Malaysian Police have stated that this action was taken because of National Security issues.

She confirmed that the order of Banning Zakir Naik from public speeches have been given. The order after Zakir Naik made racial comments about Chinese in Malaysia.

Another newspaper, The Star has confirmed that Zakir Naik has been completely banned in; Sarawak, Perlis, Kedah, Penang, Selangor, and Johar.

Datuk Md Rofiki A. Shamsudin, director Johor Religious Islamic Department (JAIJ) said that everyone must get approval from the JAIJ before speaking about Islam in public events. And JAIJ will never tolerate anything like what Dr. Zakir Naik said.

Prime Minister of Malaysia Mahathir Mohamed said that Zakir Naik has crossed the line by telling Chinese to “Go-Back” and questioning the loyalty of Indian-Malaysians during the talk back in Kelantan a few weeks ago.

Since Zakir Naik made a racial speech, Malaysian natives are calling him for his deportation. Zakir Naik is currently facing Money Laundering charges in India.

Bad Malaysia. You should learn from India how they give free hand to Hindu extremist while curtailing others. This is nothing. He was responding to people asking him to go back. Listen to hindu extremist from India