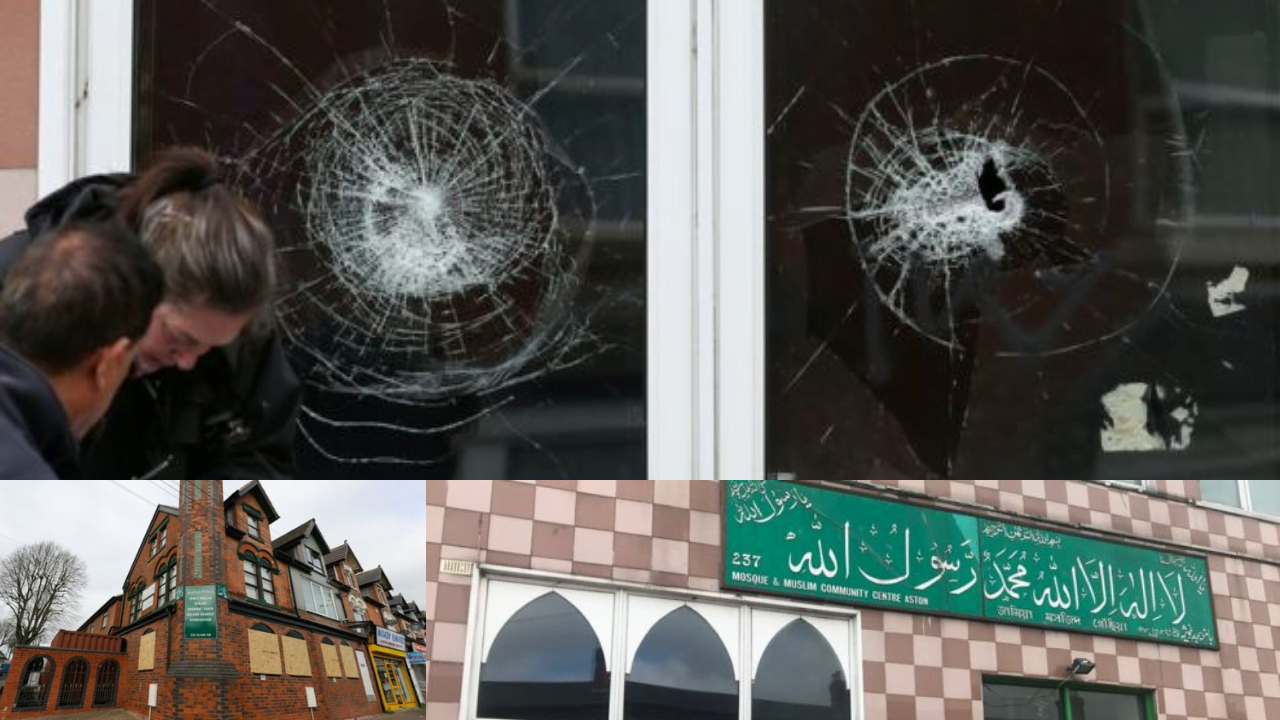 At 02:30 GMT the police had gotten the report of a man smashing windows at Birchfield Road. While, right after 45 minutes, the police had informed that the same incident is reported in Perry bar and Aston and another one at Albert Road at 10:00 GMT.

West Midland Police says it is yet to come to a conclusion.

Chairman of Masjid Faizul Islam located in Aston, Yousef Zaman, told BBC, “My initial reaction was a shock about what was happening.”

Adults in this area are not taking their kids to mosques as they’re thinking that it is unsafe for the children to be in the mosque. But we will never stop worshipping Allah. We will never let these terrorists win, we will defy them.

Councillor Majid Mahmood also tweeted the video of the incident as well as the cleanup going on at the area.

Crime Commissioner, David Jamieson told the media, that the culprits have broken the windows with a heavy sledgehammer. He ensures that the incidents like these will never happen. Also told the media that such acts are being committed to ing the harmony between the people.

David Jamieson further said that he doesn’t know the motive of those attack as of now but they said they’re currently investigating.

The Labour Party’s MP for Birmingham Erdington, Jack Dromey, spoke in favor for the Muslim community after the attacks on 5 mosques in Birmingham.

The MPs said it is indeed a sad incident, even after Christchurch attack, the Police had been giving the extra security to the mosques. But still, a number of culprits came out from the different parts of Birmingham and vandalized the number of mosques and flee the location.