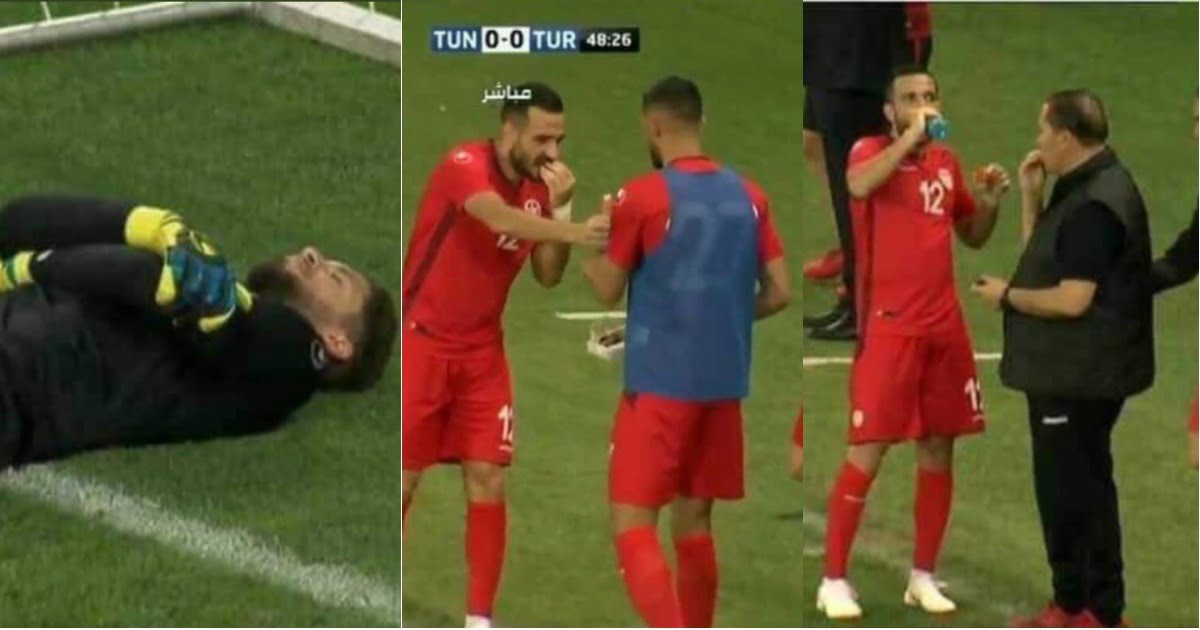 So while fasting it was tough for them to break fast so they decided to fake the injury when the Iftar time approaches near. Following as per planned, in both matched fell (faked injury) to help each other break their fasts during friendlies. Upon doing it several times, most of the people got to know that theTunisian Goal Keeper Mouez Hassen was faking injury to help his team mates break the fast.

Fifa has a decent rule for goalkeeper injuries that the medical team should visit them and do the needful. Similarly, same applied to the other players when they get injured then the others should do the same.

So Tunisia National Football Team took the advantage of this rule and the goal keeper Mouez Hassen faked his injury in the 58th minute of the game for iftar. So the rest of the team rushed towards the helpers and ate dates and energy drinks to break their fasts.

As the goal keeper was also fasting so he was given food by the medical team so he broke his fast in a unique way also.

Fun fact:
Tunisian National team has played the last two friendlies while fasting. So, whenever the time comes to break Fast. The players have an agreement that the GK would go down so they can get a moment to drink some water and get something to eat 😂😂#Ramadan #tunisia pic.twitter.com/4Rgz380ukW