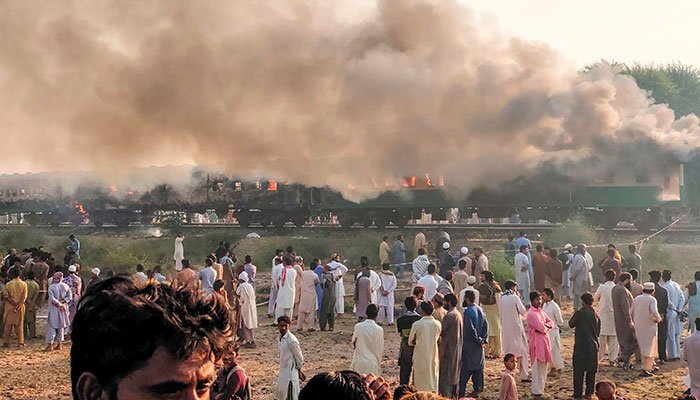 Tezgam Train Fire: the Death toll has risen to 74, while more than 150 have been injured after Tezgam train catches fire in Rahim yar khan.

Tezgam Train caught fire after a gas cylinder (owned by one of the passengers who belonged to Tablighi Jamaat) exploded. The train was en route from Karachi to Rawalpindi.

Most of the people killed are unidentified because of severe burns. The medics told the media that the basic way of identifying bodies is through DNA. Train boogies were booked by Tableeghi Jammat. They were boiling eggs on a cylinder stove as it exploded after the explosion.

Railway Minister Sheikh Rasheed has announced 15 million rupees for each passenger who lost their life. while 500,000 rupees for those who are injured.