Sikhs allowed a Muslim to pray in their Gurdwara Sahib Bercham Ipoh located in Malaysia after the Muslim unable to find any mosque nearby.

A clip went viral on social media which shows a Muslim guy praying in Gurdwara Sahib Bercham Ipoh. Many people watched it and half of them were commenting “He chose the wrong mosque” while other were confused whether it is okay for a muslim to pray in Grudwara.

Clarifying the misconception first, as per a fatwah, which says that one can pray in Churches, grudwara or any clean place.

So these generous sikhs allowed this Muslim to pray in their Grudwara ( a place Sikh community come to worship) after this Muslim was unable to find a mosque nearby to pray. 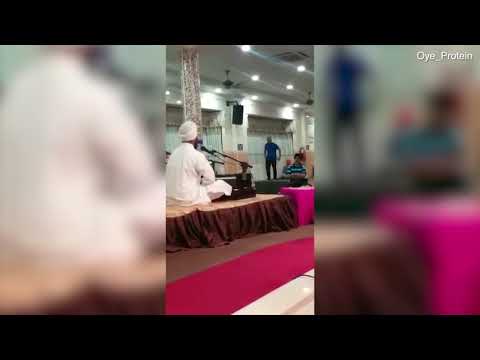