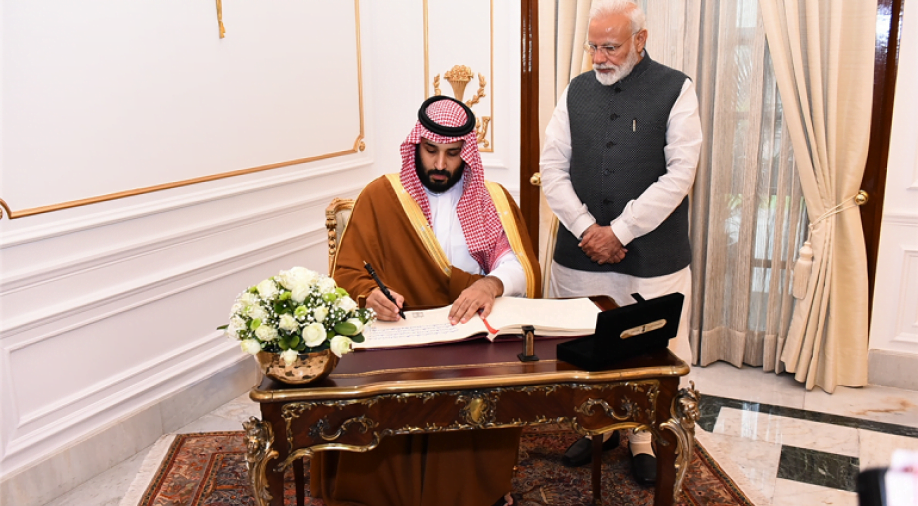 Saudi Arabia has invested $75 Billion into an Indian Oil Company, completely neglecting the fact that India is currently oppressing Muslims in Kashmir unrest.

Saudi Arabia has agreed on the biggest ever foreign investment in India, a few days after India stripped Kashmiri Muslims out of their basic right by revoking Article 370 and began the major crackdown on Muslims in Kashmir.

According to the Financial Times, Saudi oil company, Aramco, agreed to invest in 20% stake in Indian Oil Company, Reliance Industries.

This deal is indeed one of the huge investments ever made in India, making it $75 billion.

Muslims all around the world has shown anger for Saudi Arabia to form a partnership with India when Muslims are being killed in Kashmir.

Most have called this move “Backstabbing” in one of the tweets which have been going viral on Twitter.

Most of the Muslims said that imagine if Saudi Arabia has been doing anything with Hindus, India would never invest a single penny in Saudi Arabia, then why Saudi Arabia is investing such a huge amount despite Kashmir unrest when their Muslim brothers and sisters are getting killed by Indian armed forces in Kashmir.

Pakistan helps Arabia in every thick and thin .But on the other hand Arabia always look their interests. Only Turkey is the all weathers friend of pakistan and muslim ummah. MBS we are not expecting such a move from you shame on you.

This must not be done. India have lost too many things and there is no credibility with them. Beliw are few things that must be read and than invest. External Debt in India increased to 543001 USD Million in the first quarter of 2019 from 521344 USD Million in the fourth quarter of 2018. 2-Rupee becomes Asia’s worst performing currency in this month 3-30 steel companies down shutters, Tata motors on a closing spree 4- India falls from 5th largest economy to seventh 5-india is on 1st rank of most dangerous country for Women 6-43% of Loksabha MPs have criminal… Read more »

Pakistan helps Arabia in every thick and thin .But on the other hand Arabia always look their interests. Only Turkey is the all weathers friend of pakistan and muslim ummah. MBS we are not expecting such a move from you shame on you.