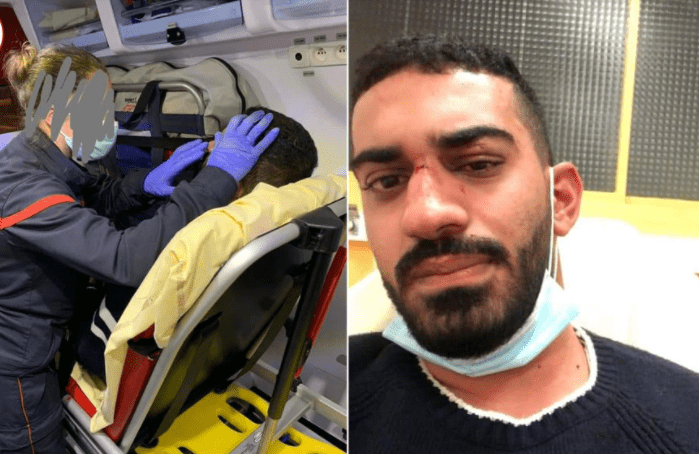 In a small city outside Paris, a Jordanian man along with his sister has been beaten up by some angry racist after they heard both of them talking in Arabic as reported by the local media. They were attacked and assaulted by a French man and woman severely as told by the victims.

These racially charged attacks have begun after the hate-motivated assaults following the execution of the history teacher Paty showing his students the cartoon caricatures of the Prophet Muhammad (PBUH) as issued by Charlie Hebdo in 2015.

Mohammed Abu Eid told the local media in a telephone interview that the attackers shouted at him and his wife while saying angrily that this France and this is not your country. Further, he added that he was targeted by the attackers at a bus stop after they heard him talking in Arabic. By the French police, the attackers are yet to be caught. Abu Eid is an Arabic teacher in a French government school meanwhile his sister is completing her master’s degree and she was also awarded a scholarship from the French Embassy in Amman.

The French authorities and Jordanian Foreign Ministry provided assistance and the pair thanked them. The members traveled with them and stayed with them while providing necessary assistance. The Embassy is currently checking up on the complaint which has been sent to the local authorities as stated by the spokesman for the Ministry of Foreign Affairs and Expatriates, Ambassador Dhaifallah Ali Al Fayez.

King Abdullah II of Jordan contacted the pair and spoke with them to get an inquiry about their health and made sure the Jordan embassy in Paris was providing the required needs. The pair are in stable condition.

Two veiled women were attacked near the Eiffel tower on Thursday and the attack is being further investigated by the French authorities.