This is a common question asked to Muslim Brothers when they visit places filled with Non-Muslim brothers.

As we always talk about the things to keep your wife happy and we discussed the punish for Husbands who beat their wives, as well as described the Husband’s duty towards his Wife. Today we will talk about the truth about Having FOUR WIVES, Today let’s remove this Misconception about Islam that allows YOU CAN MARRY 4 GIRLS.

You know when the Muslims go to Britain or America. Westerners ask them, “so you have come from a Muslim country?”

Their another questions, which they commonly ask is “How many wives you got?”

You know why they say that? Because they think, Islam says marry women of your choice by two then three then four!

But in reality, the Quran says if you can not do justice to them, marry only one.

The Quran is the only book in this whole world which says marry ONLY ONE WIFE!

Do you know that?

The only holy book that says only ONE WIFE!

The Bible does not say that,

The Torah does not say that,

The Psalm do not say that,

The Hindu scriptures do not say that,

The Buddhist scriptures do not say that,

Only one QURAN says that! 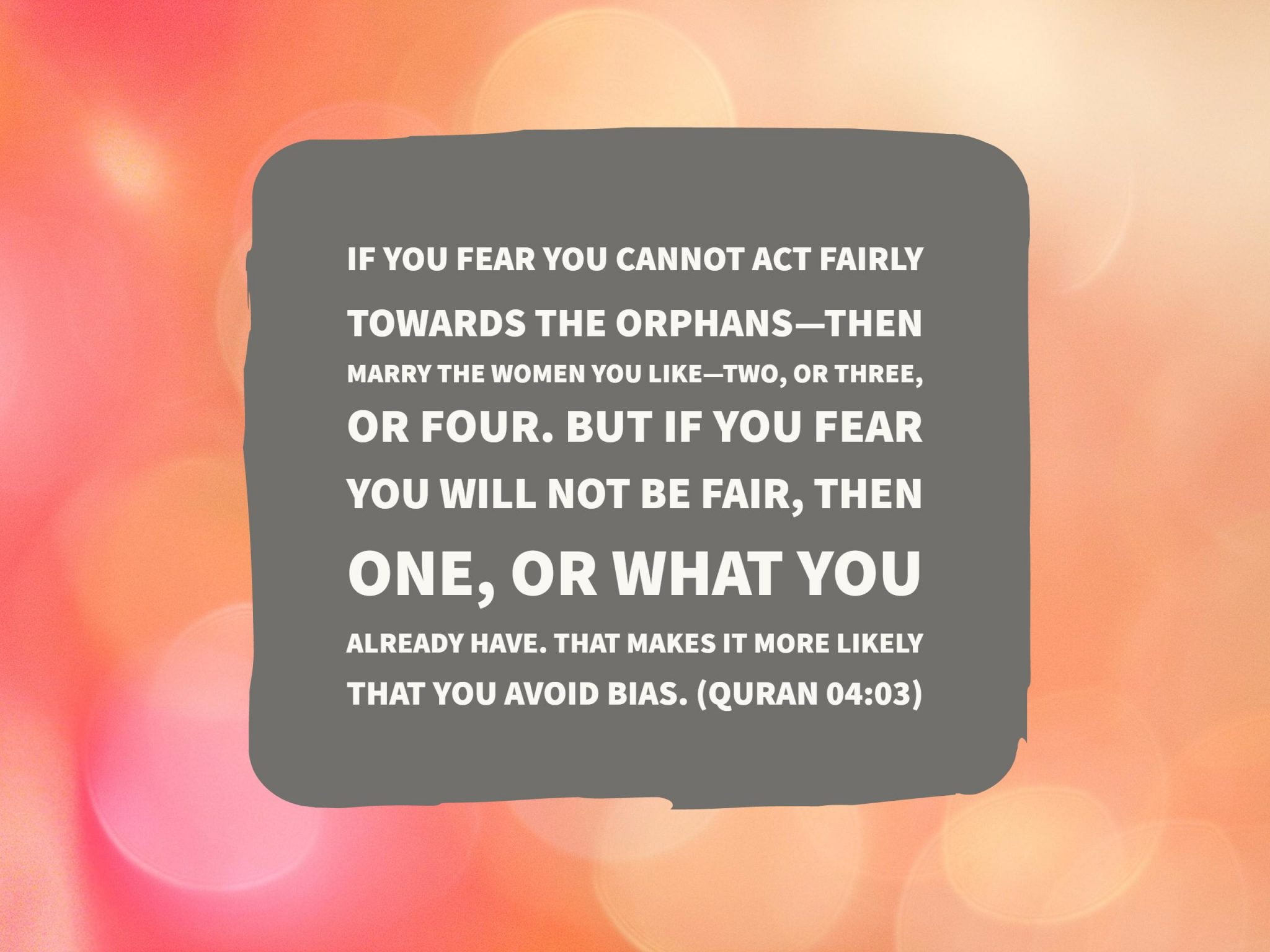 Quran does not say that you keep on marrying without any check and balance, Quran allows a Man to marry the other woman, only when he can do justice. In Islam, marrying Widows are highly encourage. Let’s take an example if a man is already married and have kids, and he marries the other woman, who is a widow and has kids, and he isn’t doing JUSTICE, between these two women then HE IS NOT ALLOWED TO MARRY!

May ALLAH guide us to stay on the right path and seek the correct knowledge.

Young Qari Cried During Recitation Of Quran - You'll Be Amazed To Know Why!