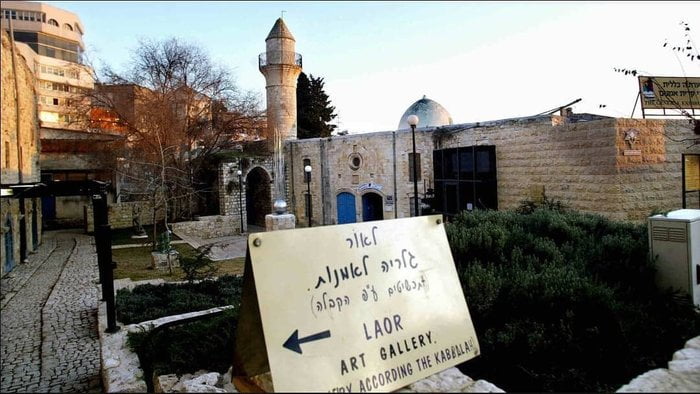 A most historical Al Ahmar Mosque in Palestine has been turned into a Nightclub by the state of Israel.

Al-Ahmar Mosque, which was a 13th-century Palestinian mosque has turned into a bar and events hall as reported by Media. Israeli state further changed the name of this place to Khan Al-Ahmar.

The mosque was constructed in 1276, contained a rare architectural and historic value, as per a Historian Dr. Mustafa Abbasi.

Al-Ahmar mosque name was driven from the red stones, but sadly, this place is being used for everything else but not as a prayer space.

Safed, the city that comes under occupied Palestine was occupied in 1948 by a Jewish Gang, before that the city was the home for 12,000 Palestinians.

As per media reports, this mosque was first changed into a Jewish School then they turned it into a center for election campaigns, then to a clothing warehouse, and recently they have turned it into a nightclub.

Khair Tabari who is the secretary of Safed and Tiberias Islamic Endowment has tried his best to save this ancient Palestinian mosque to be misused by the Israeli state, he even filed a lawsuit which is still unanswered even after passing so many years.

It is a strange feeling when Quranic verses were torned off from the mosque and later verses in Hebrew were embedded on walls. And the place where Muslims used to pray is being used as a dance floor.

This news comes when Al-Aqsa and Notre Dame were burning on Monday. When 850 years old cathedral was burning, at the same time, Al Aqsa mosque was burning too.

Israel is also accused of vandalizing Islamic sites in Palestine. Similarly, China is doing the same as Israel as they’re bulldozing the Mosques to wipe out the Islamic faith from the region and make it their OWN state. Alongside, China and Israel, India is following the footstep as the BJP leaders asking Hindus to vote for them if they want to destroy the Muslims in India.