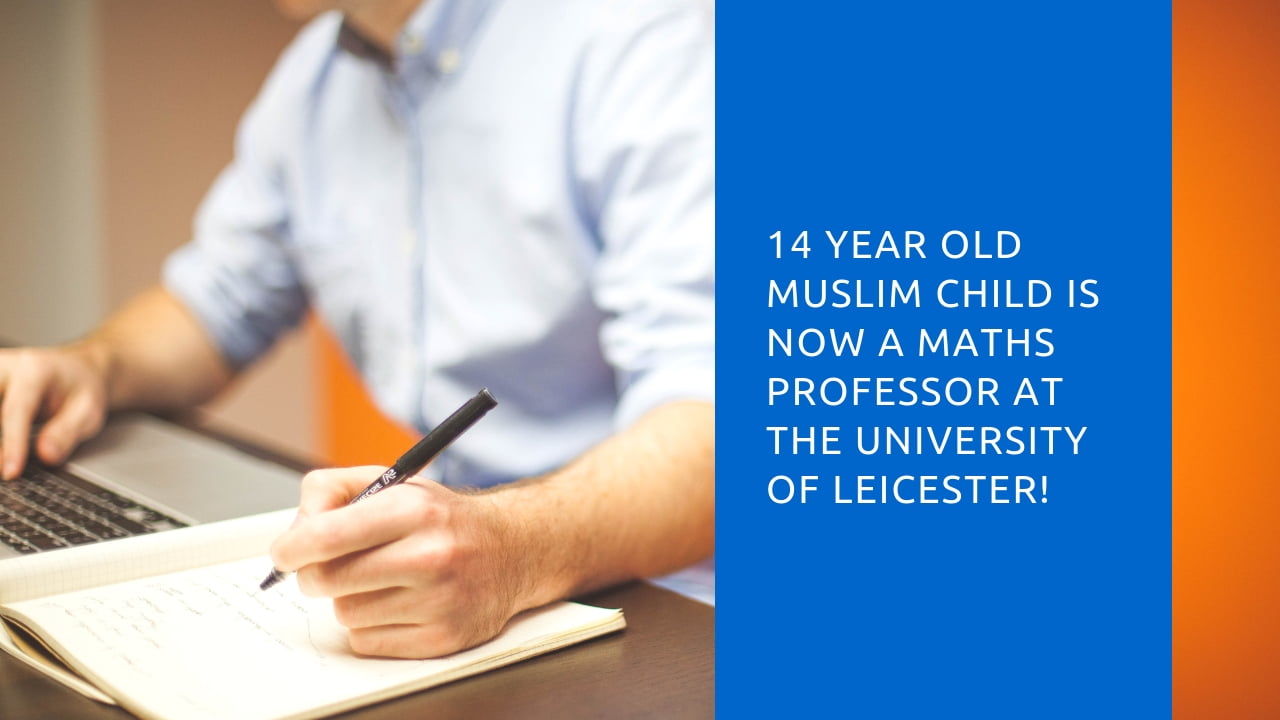 Normally, we see 14 years old kids going to school, but did you know what this kid did to get reap the post of Maths professor at the university of Leicester?

Yeah! Say Salam to Yasha Asley who is a 14 years old Muslim kid, who has been selected by the university of Leicester as a visiting faculty for Maths…

His family calls him a Human Calculator because his incredible knowledge of Mathematics is just unbelievable!

It was further stated that when he was approached by the university, he was 13 years old!

What has he done?

He has dubbed a “Human Calculator”. His incredible skills of translating the complicated maths problem are very unbelievable that the University panel couldn’t resist getting him on board! Yasha is one of those people on this earth who has the God gifted abilities, and it is good that he has been found out by the university panel, and it is a moment of proud for all the Muslim people that someone from them is proving himself the best.