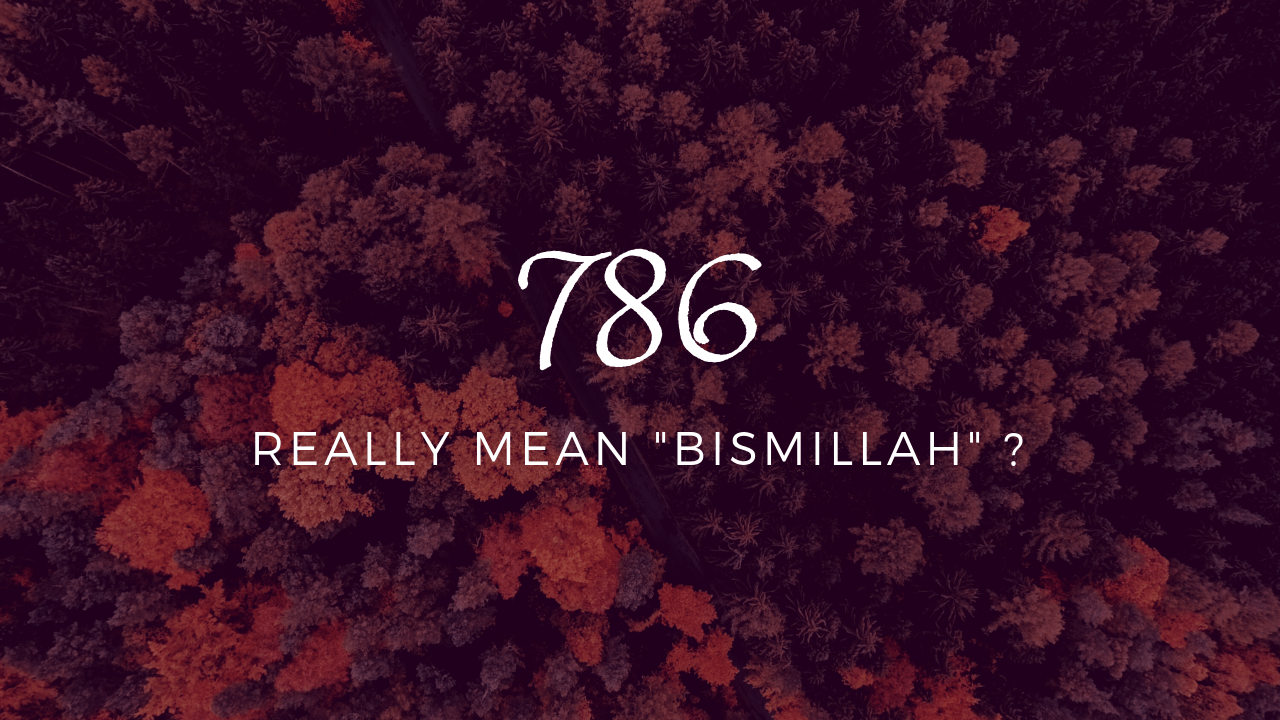 Everyone asks what does 786 means in Islam and what its reality in Islam. So here is the answer many Muslims have been searching online.

So this is the answer which is based on a recent fatwa that states that 786 is just a number which means nothing in Islam and one cannot relate it to anything Islamic. It is neither listed in the Quran nor in Hadith. The evidence of these numbers is not being found anywhere in Islamic history.

Since it is clearly not in Quran, also the Prophet (PBUH) taught us the clear way of living and made everything clearer for people to understand, He did not create any kind of mystery by giving us any kind of Puzzle. So there is not the reality of 786 in Islam.

You must have searched and seen that many people claim that it means Bismillah by comparing it with the characters of Bismillah is nothing but innovation. And we should stop people from doing this higher level of sin and should stop them creating all kind of stupid superstition which sabotage the reality of the REAL ISLAM.

So whoever is writing 786 instead of Bismillah and trying to make people think that it is Bismillah or relating these digits with Islamic stuff such as the number of angels or the characters in Bismillah, is just a Biddat and nothing else.

Biddat means believing other gods or wishing on a created thing to provide your something you wish for, which is the highest level sin and all of us should be away from this.

Kindly share this as much as possible to make people realize that it is nothing but a myth that never existed because many Muslims are doing such things which can put their lives in trouble when they face their God on the day of judgment.